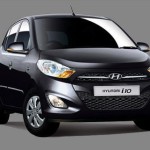 We rented a car in Frankfurt, Germany. We paid on line 360 euro one month before the rental. So we came to the airport on 16 of August 2013. They asked for my driving license and for my VISA card. I didn’t know that they charged us another 200 euro on that day. We returned the car on 30 of August 2013 with full tank of diesel and no scratch. They said everything is OK. Nothing was said about 200 euro deposit.

So later I found that out and tried to go to hertz.com and find out where my money was. I filled a form. 10 days later no response. I started to call to the US about my money. First call they said that they will return my money in 5 days. 10 days later I called again. They asked me how much it was and they promised to return it. Again  5 days later I called they said that HERTZ didn’t charged me anything. So I went to my bank to find out where the money was. I got my 200 euro back in 1.5 months after the rental with HERTZ. So next time I’ll be looking for another car rental company.